Last week we gave iOS users a preview of what automakers are doing to better marry smartphones to their cars. This week, we’ll look at the other side of the coin and detail how Google is doing the same with Android Auto. 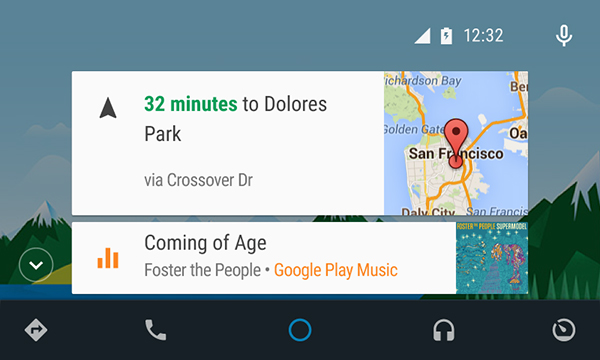 What is Android Auto?

If you’re one of the millions of people who use Android, Google’s mobile operating system, you’re probably used to asking Google questions on the go, finding your way around using Google Maps, and accessing all of your favorite songs via Google Play. Until now, this has been easy to do via your phone or tablet, but when you get in the car, you have to set those things aside and rely on whatever interface has been provided by the manufacturer.

That’s going to change with Android Auto. If you’ve ever thought life would be easier if your car and phone spoke the same language, you’re not alone. Using Android Auto, your car will play your music via Google Play, give you directions via Google Maps, and take advantage of a variety of other apps that you use on a daily basis. 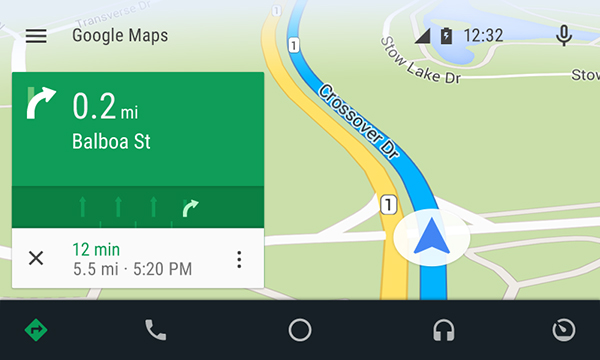 How does Android Auto work?

The best part about this is how easy it is to use. You just plug your phone into your car and immediately have access to music, contacts, and messages while on the road.

From there, you can use all of the inputs native to your car to interact with the Android system. If your car’s interface uses buttons, you control Android Auto with those buttons. If it has a touchscreen, you use the touchscreen. If it uses voice commands, then you can take advantage of Google’s best-in-class voice controls.

Best of all, your phone will keep track of whatever you tell it while in the car, even when you aren’t driving. Say you set a reminder for yourself to pick up eggs from the grocery store while you’re on your way to work in the morning. Your phone will take note of this during your commute, then remind you before you leave the office. Android Auto does all that it can to prepare you for the road ahead.

Find out everything you need to know about #AndroidAuto.

Currently, there are twenty-eight brands working on integrating Android Auto into their future models, as listed on the official website, and Nissan is one of those. At this point, we don’t know specifically which cars will be the first to debut with this functionality, but we will certainly keep you up to date as compatible models are announced.

Of course there is also the very real possibility that you aren’t even in the market for a new car right now, and this feature isn’t going to be backwards compatible with extant models. That doesn’t mean you can’t get Android Auto in the car you drive right now. There are already a number of aftermarket options popping up that you can look into.

We hope this post has answered your questions about Android Auto. Be sure to share it with your friends, family, and any other Android users you might know.

If you have any questions about the technology in your Nissan or a Nissan you’re interested in, call or visit us today at Leith Nissan in Cary.

What is Android Auto? was last modified: March 19th, 2015 by Leith Nissan

What is Apple CarPlay?
Leith Nissan is Proud to Sponsor Reelin’ for Research