On June 11th, 2014, Nissan revealed an all-new pickup truck for its international lineup. With rumors abound in the automotive world, most critics expected this to be the next generation Frontier. At the reveal, the company pulled back the veil and touted its Nissan Navara – note that none of the discussion mentioned the U.S. market. Our team wanted to hold off on any updates until we had more details of the automaker’s intentions. 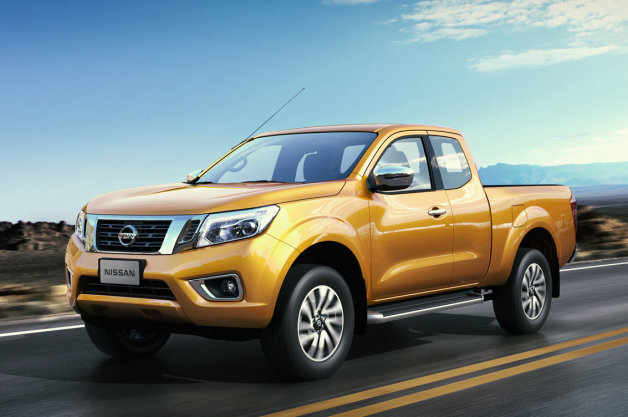 There are two options for powertrain, both of which displace 2.5 liters: a four-cylinder diesel or a four-cylinder gas engine. The former cranks out 188 horsepower and 332 lb-ft of torque; the latter did not have specifics revealed. Due to the Navara’s similar stature to the Frontier, we can likely assume that Nissan improved upon the gas engine’s power. The current generation of the Frontier produces 152 horsepower and 171 lb-ft of torque.

These engines are mated to either a seven-speed automatic or a six-speed manual transmission – the model’s only two options. All models direct power to a shift-on-the-fly four-wheel-drive system.

Nissan carries over the styling of its lineup to the Navara, only with a slight evolution. Taller fascia and greater angles on the body and headlamps distinguish it from other vehicles it the automaker offers. In all, it is a robust truck that maintains an urbane quality: a cosmopolitan powerhouse.

Though the international market will see this new pickup, there are no planned changes for the American consumer.

Dan Bedore, Nissan North America spokesperson, contacted Autoblog to explain the company’s direction. “The Navara, which is designed for global markets, including Thailand, is not an indication of an impending launch of a new Nissan Frontier for the US market,” said Bedore. He did, however, note the importance of the pickup truck line, and the company is prepping for 2015’s launch of an all-new Titan.

As one of the most popular brands on the market, Nissan has much to offer any consumer in search of a new quality vehicle. We at Leith Nissan have an incredible inventory and a five-star staff of brand specialists who are ready to help you find a car, truck, or SUV that suits your needs.

The Nissan Navara – A New Generation of Pickup was last modified: December 29th, 2014 by Leith Nissan

Oh, Nissan, You’re Such a Tease
The Story of Andy Green and the Bloodhound