We’ve come to expect some of the industry’s more vibrant concept cars from Nissan, and we weren’t disappointed by what they brought to the 2015 Frankfurt Auto Show. This is the Nissan Gripz Concept. 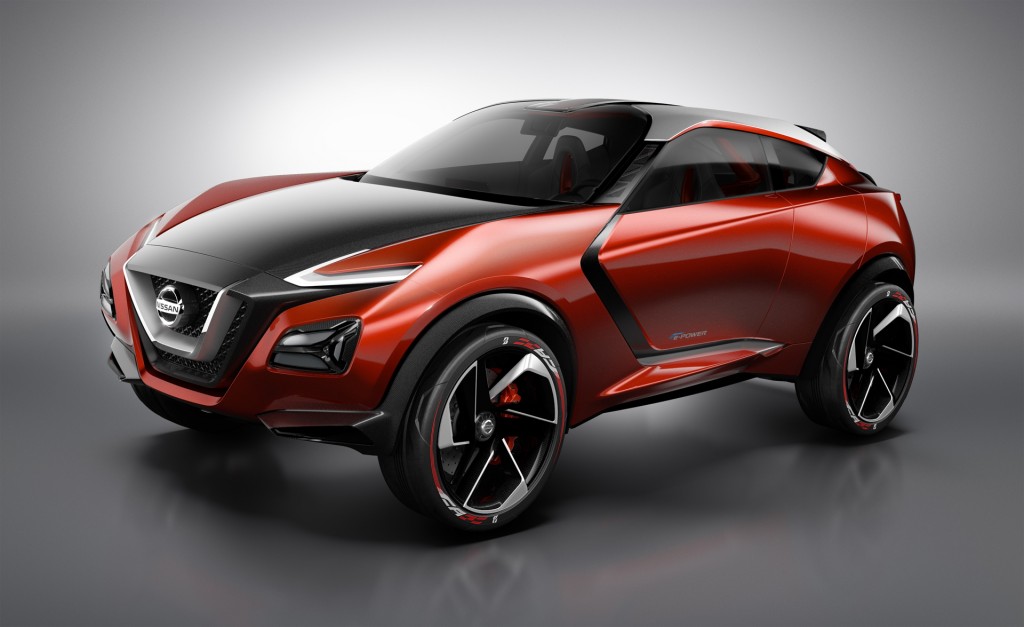 What you see here is a hybrid crossover concept with sporting ambitions. The Gripz Concept is inspired by Nissan’s series of Z rally cars as well as racing bikes. We see some clear motorcycle influence, too, especially inside where the center console is reminiscent of the current Juke. It’s unclear whether this concept will translate to the next generation of Juke, but for now, we’re glad to take it for what it is. 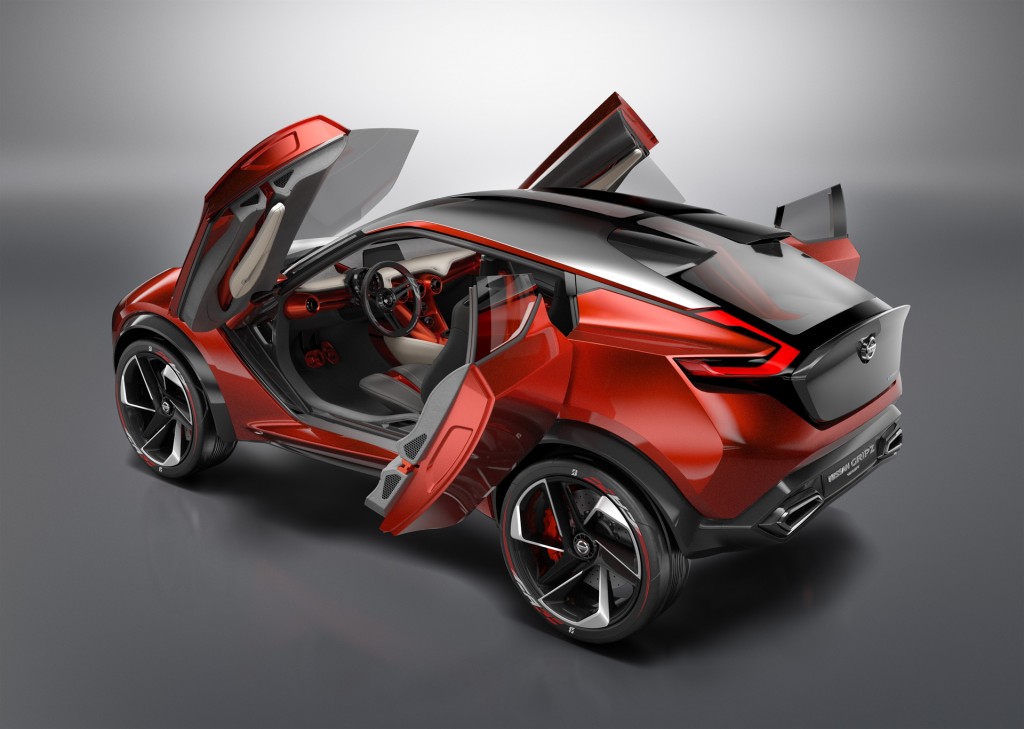 It’s certainly different. Huge wheels with aggressive rims, infinitesimal overhangs in the front and rear, and side doors that are scissor and suicide-style at once spell out what the Gripz Concept is all about: fun. A narrow strip of glass connects the front and rear windshields, and the steering wheel and instrument display also hearken to certain racing bikes. Even the seats themselves remind us of bike seats (with plenty more back support).

Under the hood is another surprise: an efficient gasoline engine used to power the same electric motor found in the Nissan Leaf. The goal of using the Pure Drive e-Power system is to provide “swift and linear acceleration in near-silence” while maintaining supremely sustainable fuel economy. 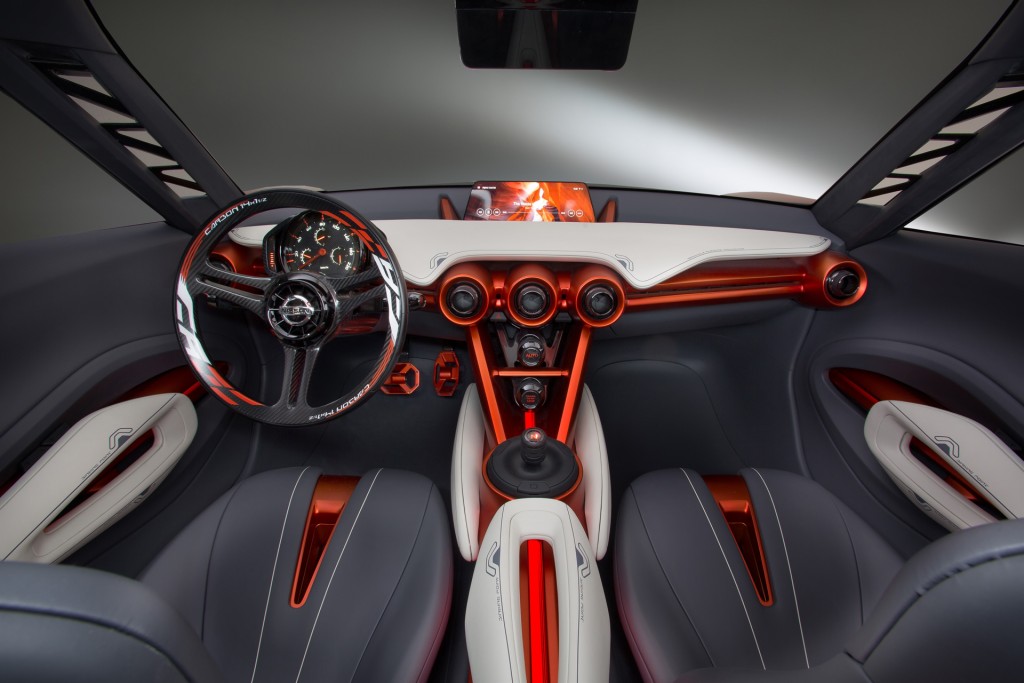 In the official press release, Nissan’s senior VP and chief creative officer, Shiro Nakamura, says that the purpose of the Gripz Concept is to demonstrate the extremes to which a compact crossover can be pushed. We’ll be interested to see how the ideas from this vehicle feature into future Nissan products.

Let us know what you think of the Nissan Gripz Concept next time you’re visiting our store in Cary. Leith Nissan is proud to serve you.

Why the Nissan Gripz Concept Was the Most Fascinating Concept Car at the 2015 Frankfurt Auto Show was last modified: October 1st, 2015 by Leith Nissan