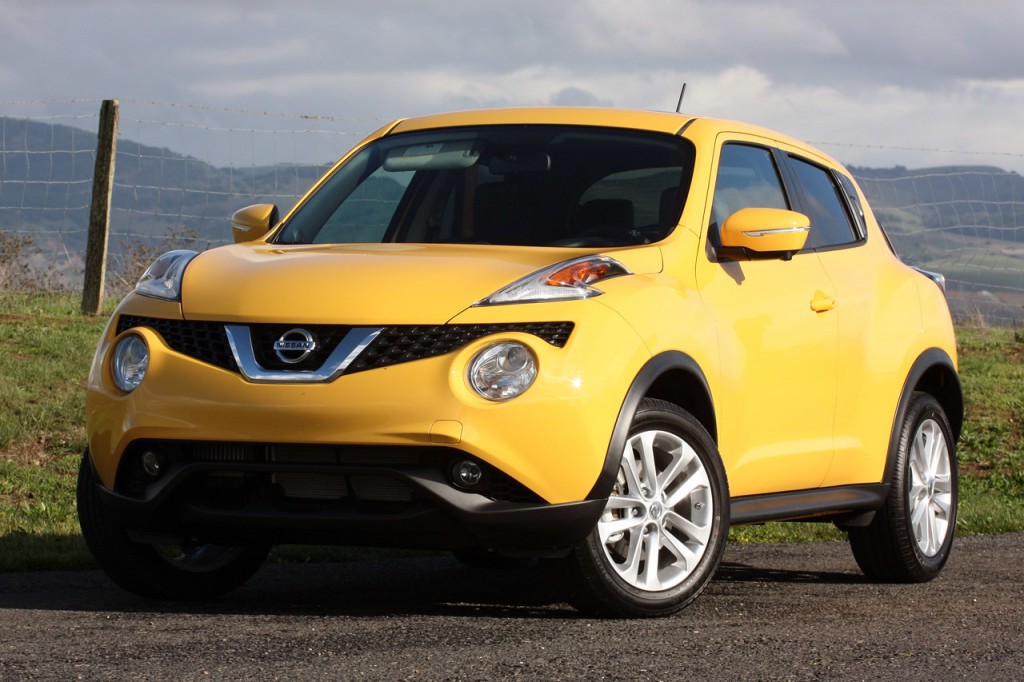 A couple of weeks ago we shared some media outlets’ first impressions of the new Murano. Now the 2015 Juke has had a press event and journalists are buzzing with praise for the compact crossover that “keeps it weird.”

The Juke is another car that certain people have had to learn to love, but others have always found its sense of flare endearing. This mid-cycle update sees refinement mostly in the front and rear of the exterior design, with slightly less bulbous upper lights and a more pinched look in the rear. The colored portions on the interior remain, and juke-boxers (we made that up but we’re not sure if we like it) will be able to customize even further thanks to the Nissan Color Studio, which we’ve covered before.

A turbocharged 1.6-liter inline-four engine still makes the Juke jive, which Autoblog says has “lots of power down low, with a nice bit of boost mid-range through each gear.” You’ll have to opt for the Nismo or RS trims to pick up the six-speed manual transmission. Otherwise the Juke comes standard with the Xtronic CVT, which Truck Yeah! says “doesn’t really suck.” That’s high praise for a piece of fuel-saving technology that is mostly misunderstood and widely underappreciated.

“The 2015 Juke’s Xtronic Continuously Variable Transmission mimics a good old-fashioned six, seven, or eight-speed in the base, Nismo, and Nismo RS respectively. It’s a pale substitute for a proper manual, but it is snappier than a lot of other low-end manumatic systems I’ve driven.

A ‘+/-‘ clicker that’s somewhat satisfying to thwack up and down toggles you through ‘ranges’ that feel like gears.”

All that said, our favorite quote from the Truck Yeah! column and what we think is the best summation of the new Juke is this one:

“The Juke manages to stand out while being just silly enough to counteract its ostentatiousness. It’s the auto-pomorphism of ¯\_(ツ)_/¯, and I think that has a lot to do with the car’s success.”

We’ll be excited when these get delivered to our dealership, and we’ll be sure to let you know when they do.

If you’re from Raleigh and you’re looking for a new Nissan, come find us at Leith Nissan.

The Top 3 Auto Apps of the Holiday Season
Year in Review: Highlights from the Leith Nissan Blog