The Leith Cars family reminds you to always drink responsibly and don’t partake in this recipe if you’re driving to or from your holiday gathering.

We’ve reached the season where lots of people are hosting or attending a party every weekend, from here until the end of the month. In the spirit of the holidays, and because our Thanksgiving cocktail recipes were such a big hit, we’ve decided to share another recipe with you. Today we’re making homemade eggnog. 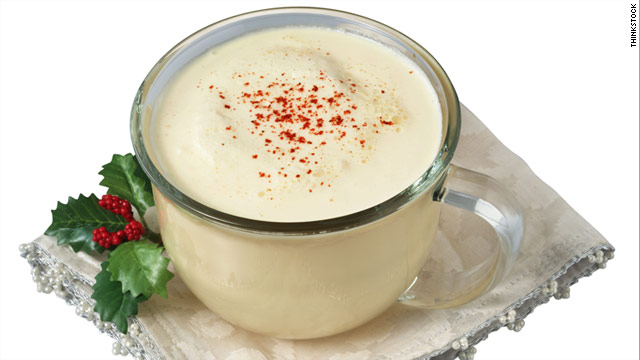 This time we’re pulling out all the stops. You can’t find this recipe in a book, and it’s far superior to your run-of-the-mill homemade eggnog recipe (which is usually just a mix of store-bought eggnog mix and bourbon anyway). Ours is actually a synthesis of several recipes, with an ingredient list provided by a great grandmother and preparation instructions taken from an acclaimed chef. Heed this well and your guests will be talking about the best eggnog they’ve ever had.

1. Beat the egg yolks until they lighten in color. Gradually add the 3/4 cup sugar and continue to beat until it is completely dissolved. Set aside.

2. In a medium saucepan, over high heat, combine: milk, heavy cream, and nutmeg. Bring the mixture just to a boil, stirring occasionally. Remove from the heat and gradually temper the hot mixture into the egg and sugar mixture.

3. Return everything to the pot and cook until the mixture reaches 160 degrees Fahrenheit. Remove from the heat and sieve into a mixing bowl to remove any cooked egg bits.

4. Stir in liquors, then set in the refrigerator to chill.

5. In a medium mixing bowl, beat the egg whites to soft peaks. With the mixer running gradually add the 1 tablespoon of sugar and beat until stiff peaks form. Whisk the egg whites into the chilled mixture.

Whatever party plays host to this concoction is sure to be a merry affair. If you choose to make use of this recipe, let us know how it goes. Tell us what your guests and family members think.

All of us in the Leith Cars family wish you a happy holiday.

An Eggnog Recipe to Make Your Holidays Happy was last modified: December 29th, 2014 by Leith Nissan