The 2015 North American International Auto Show is upon us, which means automakers from around the world will be looking to set their tone and expectations for the rest of the year. While the show is going on, you may notice some shorter posts from us while we attempt to get all the exciting news to you as quickly as possible. 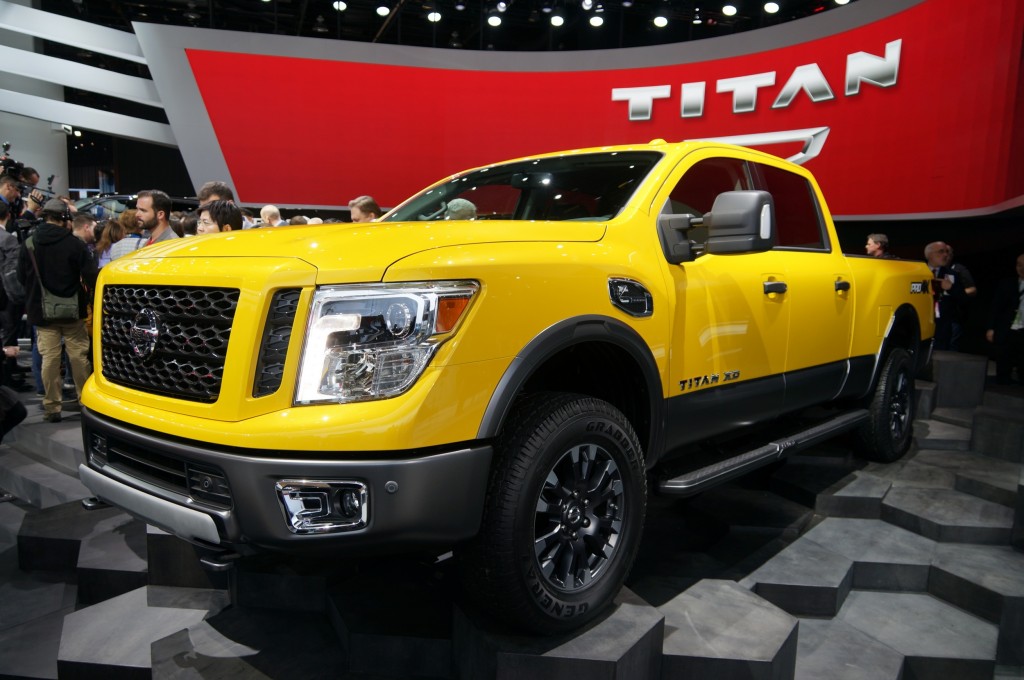 Nissan kicked off the show with the reveal of the 2016 Titan XD. The XD designation is not a trim level but a sign of more power under the hood, generated by a 5.0-liter Cummins V8 diesel engine. With a six-speed transmission, this new Cummins makes 310 horsepower and a colossal 555 pound-feet of torque, which is capable of towing up to 12,000 pounds.

The company also made it clear that there will be a vanilla Titan as well, and that both the Titan and the Titan XD will be available with gasoline-powered V6 and V8 engines. The V8 diesel is exclusive to the XD model. Body style options include Crew Cab, King Cab, and Single Cab.

The Titan XD is getting a lot of attention early due to its middle-of-the-road capabilities. It’s neither a standard pickup nor a heavy duty, but rather somewhere in between. You can read a full press release for a better idea of Nissan’s thinking and see more pictures of the Titan XD on Autoblog.

Leith Nissan is proud to be your preferred Nissan dealer in the Raleigh area.

Year in Review: Highlights from the Leith Nissan Blog
2015 NAIAS: Q&A for the Nissan Titan XD